Do you fix root causes or do you cover over symptoms? How do you know - do you have a process in place to drive your action? You can bet Brett Williams, Major General USAF (Ret) and co-founder of IronNet Cybersecurity, has a process.

In his discussion with co-hosts Brian Comerford & Nick Lozano, Brett shares his views on how Agile process - when done correctly - aligns with the military's disciplined method of plan, brief, execute, debrief (PBED). Perhaps most important is the one step most often skipped: the debrief (in Agile, called the retrospective). This is the phase where genuine root cause analysis openly scrutinizes performance details and exposes the areas where improvement is needed. Taking command of this discipline lays a strong foundation for defining who leaders are from what leaders do - discussed at length during the second part of the program where the three different kinds of power are also defined. 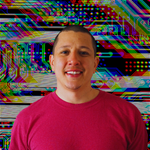 Washington, DC
I am a technology professional that has a love for digital media. I co-host a podcast called Lead.exe where we explore leadership topics from a technology leader's point of view. 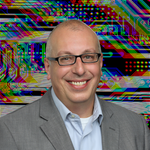 Brian is a digital leader and serial entrepreneur, notably as co-founder of RadioValve.com, an iRadio station among the first generation of webcasters. He also co-hosts of the Lead.exe podcast.